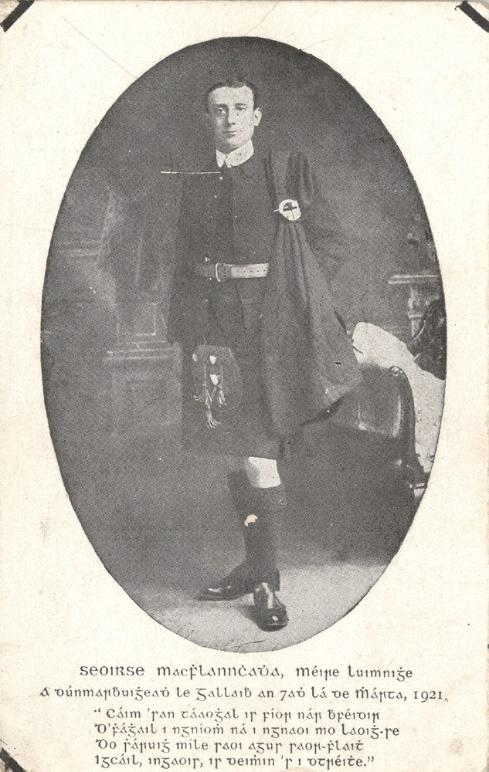 Seoirse MacFlanncada/George Clancy (1881-1921). Born in Grange, Co. Limerick, MacFlanncada was a student at Coláiste na Mumhan. He began teaching Irish in Limerick City from 1908 and joined the Irish Volunteers in 1913.

In 1915, he married Máire Cillín, a teacher he had met while in Ballingeary.

After the 1916 Easter Rising, he was arrested and imprisoned in Cork, but went on hunger strike and was released before he came to trial.

He was elected Sinn Féin Mayor of Limerick in 1921. On the night of 6 March 1921, he was shot and fatally wounded when three Auxiliaries entered his house.