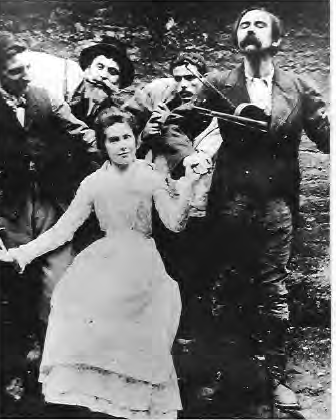 Peadar Ó Maicín/Paedar Macken (1878-1916). Born in Dublin, he was the youngest of three children. His father, George Macken, was strongly nationalist.

Macken joined the Irish Republican Brotherhood in 1899. He founded the Dublin St Patrick’s branch of the Gaelic League and later the Balbriggan branch with Sinéad Ní Fhlannagáin (later Sinéad de Valera – pictured above).

In 1903, at the Gaelic League Oireachtas, Macken was awarded his teaching certificates in addition to a gold medal for examinations for the Flemming Companionship. In 1904, the Keating Branch of the Gaelic League awarded him a scholarship to attend Coláiste na Mumhan, Ballingeary.

Macken was a socialist and remained active in politics throughout his adult life. He is best known as an accidental casualty of the Easter Rising in 1916, having been shot by one of his own men.