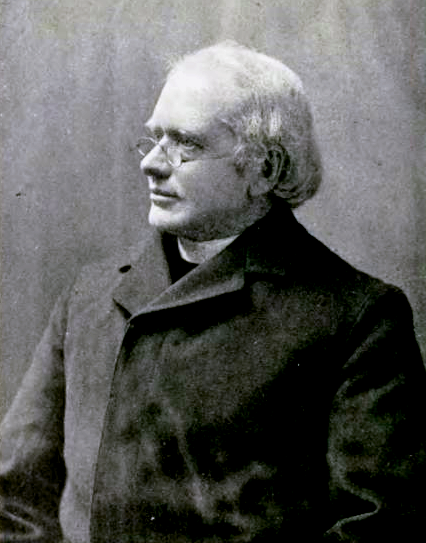 An tAthair Peadar Ó Laoghaire (1839-1920). Born near Macroom in Co. Cork, Ó Laoghaire was one of six children. He studied for the priesthood in Maynooth and was ordained in 1867.

He became a pioneering writer in modern Irish, best known for Séadna (1904), the first extensive literary composition in modern Irish, and Mo Scéal Féin (1915), the ‘first modern Irish-language experiment in autobiography’. His literary output was prolific. He is known to have inspired many of the language enthusiasts of the time.

Shán Ó Cuív talks of attending a Gaelic League meeting in Cork with little notion of the Irish language. Peadar Ó Laoghaire was speaking and Ó Cuív describes being so inspired by him that he left the meeting determined to become an Irish speaker.

An tAthair Peadar delivered the opening speech for Coláiste Múinteoireachta na Mumhan, Ballingeary in 1904 on the invitation of Liam de Róiste.

He was opposed to the politicisation of the Gaelic League on the run-up to the Easter Rising in 1916.